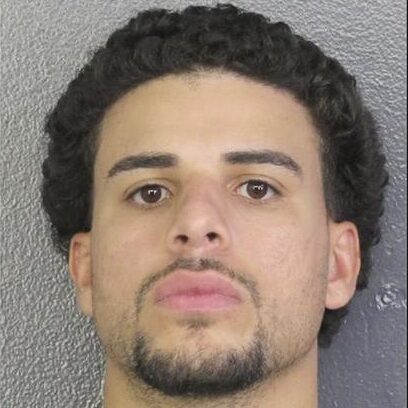 Detectives with the Pembroke Pines Police Department said it happened at around 8 a.m. Tuesday when Luis Rodriguez, 25, stopped his vehicle close to the bus stop near the intersection of NW 105 Avenue and Johnson Street in full view of the teenager.

“So, he was driving, he was the only one in the car,” explained the teen victim. “He got around the car and he went in the front passenger seat, he took down his pants.”

“As soon as he saw me get my phone, he started to get up,” she said, “but I still got his face and his license plate.”

The description of Rodriguez’s vehicle, provided to police by the victim, led to his arrest.

“That video tape was crucial for us and again took for our detectives and our crime analysts and our police officers to collaborate together,”  said Pembroke Pines Police Capt. Adam Feiner.

The teen said she is sharing her story in the hopes of helping others.

“I really wanted to do this because there’s other people at that bus stop and there’s other kids in that area that do wait for the bus, too, so I was concerned for them,” she said.

Feiner said Rodriguez “has a past of similar situations,” which is why they’re sharing a description of his car in case there are any additional victims. It’s a black 2012 Toyota Camry with tinted windows and distinct chrome rims.

Rodriguez faces one charge of exposure of sexual organs. He was transported to Broward County Main Jail.