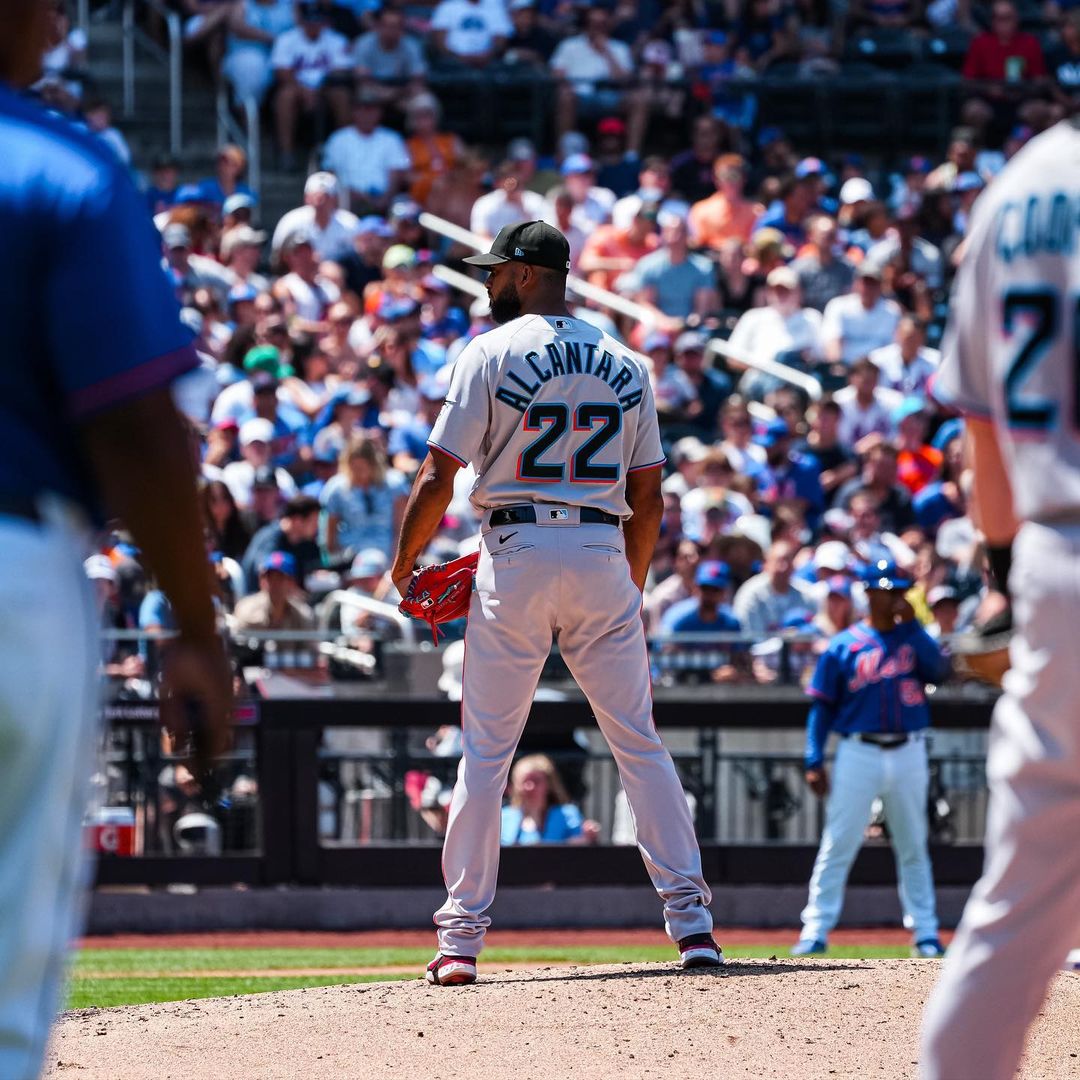 NEW YORK — Sandy Alcantara extended his shutout streak to 19 innings and pinch-runner Billy Hamilton scored on a throwing error by catcher Tomás Nido in the 10th, sending the Miami Marlins past the New York Mets 2-0 on Sunday.

Luke Williams added an RBI single for the Marlins, who won for the eighth time in 11 games and earned a split of the four-game series. Tanner Scott struck out Francisco Lindor with runners at the corners for his 12th save.

New York’s lead in the NL East was trimmed to 1 1/2 games over the defending World Series champion Atlanta Braves — its smallest since April 16. The Mets, who had a 10 1/2-game cushion on June 1, begin a three-game series at Atlanta on Monday night.

Alcantara, likely to be selected to the NL All-Star team later Sunday, allowed six hits in seven innings and lowered his ERA to 1.73. He struck out four and walked one.

The right-hander has pitched at least seven innings in each of his last 12 starts.

Jon Berti had three hits for the second straight game and got his major league-leading 27th stolen base for Miami.

Hamilton was inserted as the automatic runner at second base in the 10th, replacing Garrett Cooper. With a 1-2 count on Jesús Aguilar, the speedy Hamilton took off and easily stole third. He scored when Nido’s throw sailed well over Eduardo Escobar’s head into left field.

Nido scored the winning run Saturday in the 10th inning on a throwing error by Scott.

Jesús Sánchez and Bryan De La Cruz singled off Tommy Hunter (0-1) before Williams’ single made it 2-0.

Richard Bleier (1-1) worked a hitless ninth for the win.

Taijuan Walker turned in his sixth straight quality start for the Mets. The big right-hander scattered three hits over seven scoreless innings and struck out seven.

Marlins: SS Miguel Rojas collided with Berti in left field on Lindor’s fourth-inning popup. Rojas dropped to a knee after making the catch. He was checked by manager Don Mattingly and an athletic trainer but initially remained in the game before exiting in the sixth with neck stiffness.

Marlins: LHP Trevor Rogers (4-7, 5.57 ERA) pitches Monday night in the opener of a three-game home series against Pittsburgh. Rogers, who finished second in 2021 NL Rookie of the Year voting, has completed six innings only once in 16 starts this season.

Mets: RHP Max Scherzer (5-1, 2.26 ERA) makes his second start since returning from an oblique injury. He struck out a season-high 11 in six shutout innings of two-hit ball Tuesday at Cincinnati. Braves LHP Max Fried (9-2, 2.52) has allowed two earned runs or less in eight of his last nine starts.