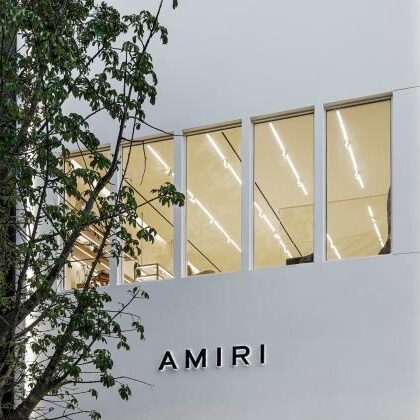 Amiri is continuing its retail rollout with the opening of a flagship in the Miami Design District.

The two-story, 1,972-square-foot store on NE 39th Street marks the designer brand’s fourth retail location in the U.S. and the third to open since last fall.

In 2019, Amiri took on Renzo Rosso’s OTB Holdings as a minority partner and the company has been expanding its retail presence since then. Its first store opened on Rodeo Drive in Amiri’s hometown of Los Angeles in 2019, followed by units in New York City and Las Vegas last September.

The Miami Design District store was designed by Mike Amiri, chief executive officer and creative director, in partnership with Paris design studio NOCOD and architectural design firm TwoOneTwo. Its all-white facade and contemporary art and craft sensibility is intended to work well within the neighborhood.

The ground floor is devoted to men’s ready-to-wear, footwear and accessories, while the second level carries women’s wear.

There is a white concrete spiral staircase that connects the floors and serves as an architectural centerpiece. The space was custom plastered and hand-finished by New York-based Kamp Studios. It features industrial suspended brushed stainless-steel rails with natural solid wood details and there are plants in the store from the designer’s native California. Mike Amiri also selected the furnishings in partnership with interior designer Katherine Waronker to feel warm and inviting.

Two pieces of art from Los Angeles artist Wes Lang, whose works is also featured in Amiri’s other three stores, are showcased on the ground floor of the space: “Yes, The River Knows,” 2019, and “One Winter,” 2018. On the second floor, there is a work by Colombian-born and Spain-based artist Armando Mesias: “We Got Drunk Here/We Danced Here,” 2020.

In addition to the core collections, the Miami store also offers an exclusive capsule designed to speak to the Art Deco hues of the neighborhood and the city’s tropical feel. That includes jersey essentials, bone appliqué jeans, crochet bandana knits, silk cabana sets and paint-splattered swim trunks with a neon pastel logo of palm trees.

Amiri has also said that’s in addition to the U.S., he’s also seeking retail spaces in Europe and Asia. 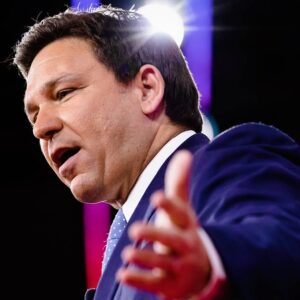