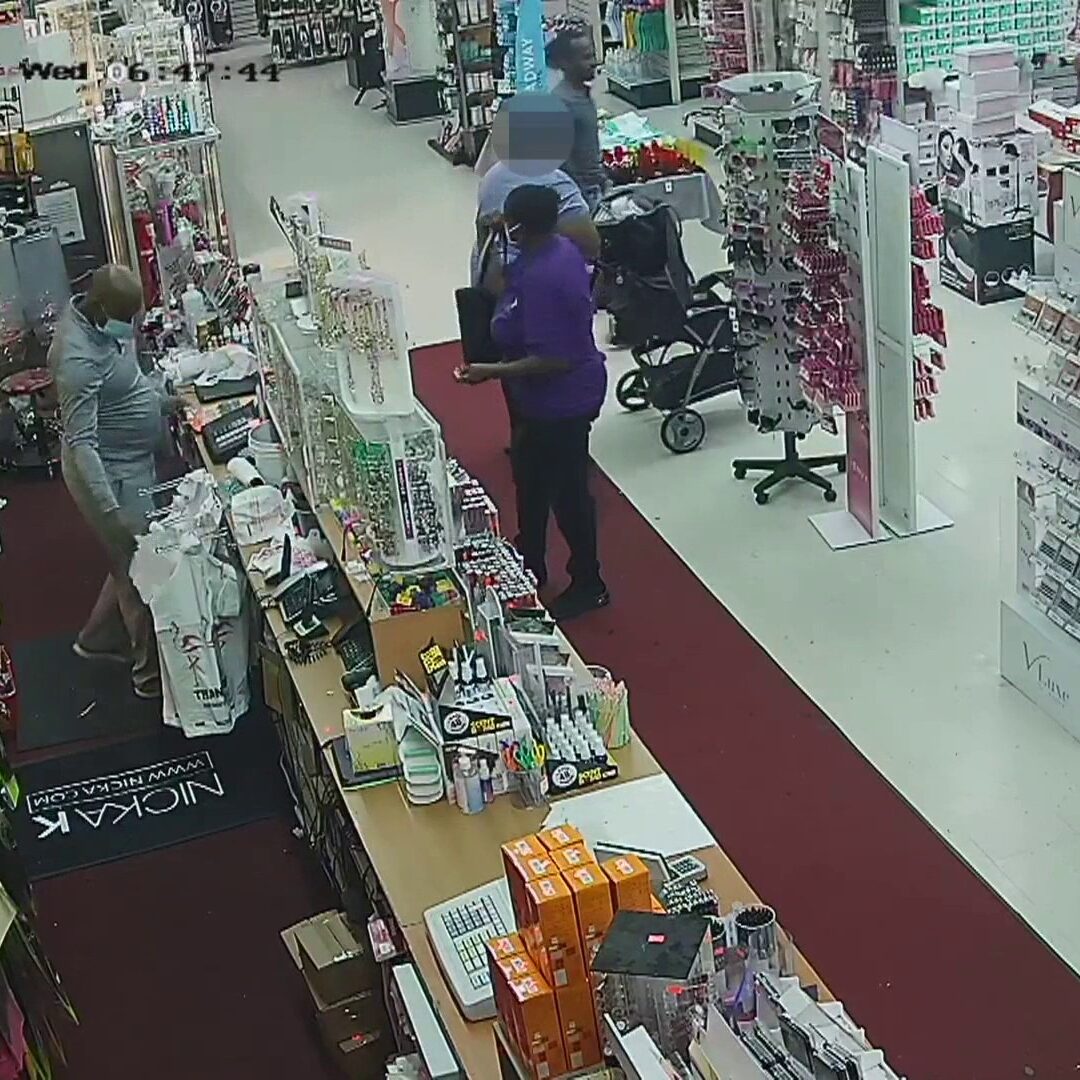 TAMARAC, Fla. – The Broward Sheriff’s Office is searching for a man who snatched a mother’s purse from her baby’s stroller in Tamarac.

The incident occurred just after 2:50 p.m. Jan. 5 at a beauty store near the 3100 block of West Commercial Boulevard.

Surveillance video shows the woman waiting in line to pay when a man enters the store and looks around.

BSO spokeswoman Claudinne Caro said the man then cut in front of the mother and snatched her purse, which was on top of the stroller.

Caro said the woman held onto the stroller so her child wouldn’t get knocked over and the thief fled the area with her bag.

The mother and two witnesses ran after the man, but they were not able to catch him.

Detectives believe the thief is between the ages of 20 and 30. They said he is about 160 pounds and has no facial hair. He was wearing his hair in a ponytail during the robbery, and was wearing a gray or blue shirt with jean shorts.