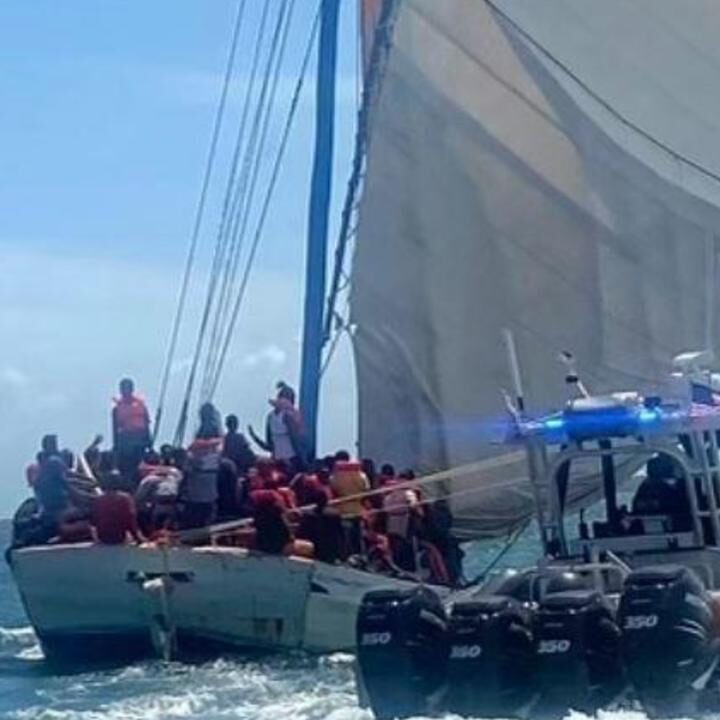 Reports from the scene said some of the migrants had jumped off the boat and were seen swimming toward shore.

Authorities did not say where the migrants were from.

On Friday, two people died and five were missing after a boat believed to be carrying migrants capsized 14 miles south of Sugarloaf Key.

“Our search continues for others that may have survived this tragic incident,” said Rear Adm. Brendan McPherson, commander of the Seventh Coast Guard District. “This situation highlights the risks these migrants face as they attempt to enter the United States illegally by sea.”

Earlier in the day, officials said they had repatriated 56 Cubans to the island nation.

#BreakingNews @USCG, @mcsonews, @CBPAMO, @CBPSoutheast & other partner agencies are on scene with a grounded sailing vessel off Ocean Reef, #KeyLargo. We ask the public to please transit the area with caution and give rescue crews space. Updates will follow. #SAR pic.twitter.com/SeN5UVZu4o