Skip to content
Crews put out fire at Brickell City Centre; no injuries 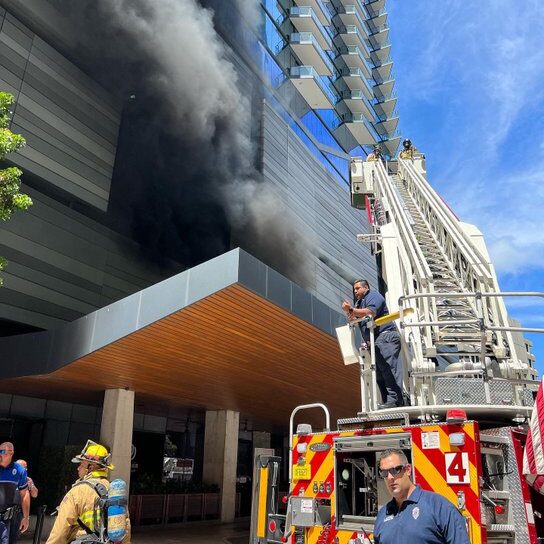 MIAMI – Crews have put out a fire that broke out in the eastern part of Brickell City Centre.

Nine City of Miami Fire Rescue units responded to the scene of the blaze in the east tower, Thursday afternoon.

About 25 firefighters arrived and got to work battling the flames.

Crews were able to find the source of the fire. Officials said artificial grass on top of a ledge of the east tower caught fire.

Officials said strong winds in the area made determining the source of the flames particularly difficult.

Video also showed a number of people being evacuated from the mall.

Fortunately, no one was injured.

Just after 4 p.m., 7News cameras captured an active scene, as first responders walked in and out of the building and several fire trucks remained parked outside.

Cameras also showed part of the east tower charred, as residents and employees waited near the entrance.