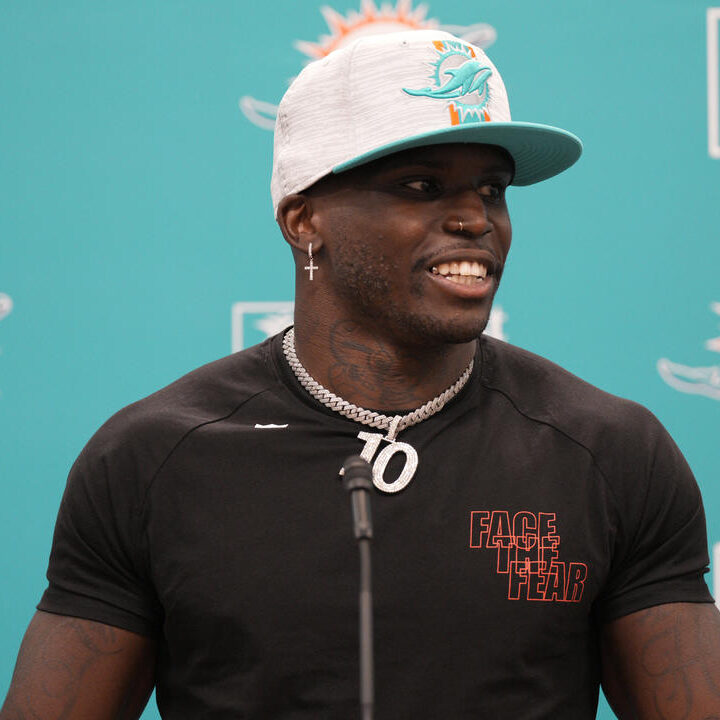 The focus of episode one appears to be Hill’s departure from the Kansas City Chiefs with his co-host, Julius Collins, and Hill’s agent Drew Rosenhaus.

Rosenhaus mentioned how the star wideout wanted to “keep it going” with the Chiefs, hopefully landing a contract extension with KC.

Instead, Hill was sent to Miami in March following a blockbuster deal between the Chiefs and Dolphins.

In six seasons with Kansas City, Hill caught 479 receptions for 6,630 yards for 56 touchdowns.

The trailer ended with Collins asking Hill, “The team knows what you’re capable of, but they just didn’t utilize you. Now follow up on that: Do you think this was a situation to surpress his stats? To drop that value down when it came to a potential trade or signing?”

Hill finished the 2021 regular season with 160 targets, seventh-most in the NFL, and hauled in 111 receptions, third in the NFL.

The Best New Restaurants to Try During Miami Spice 2022