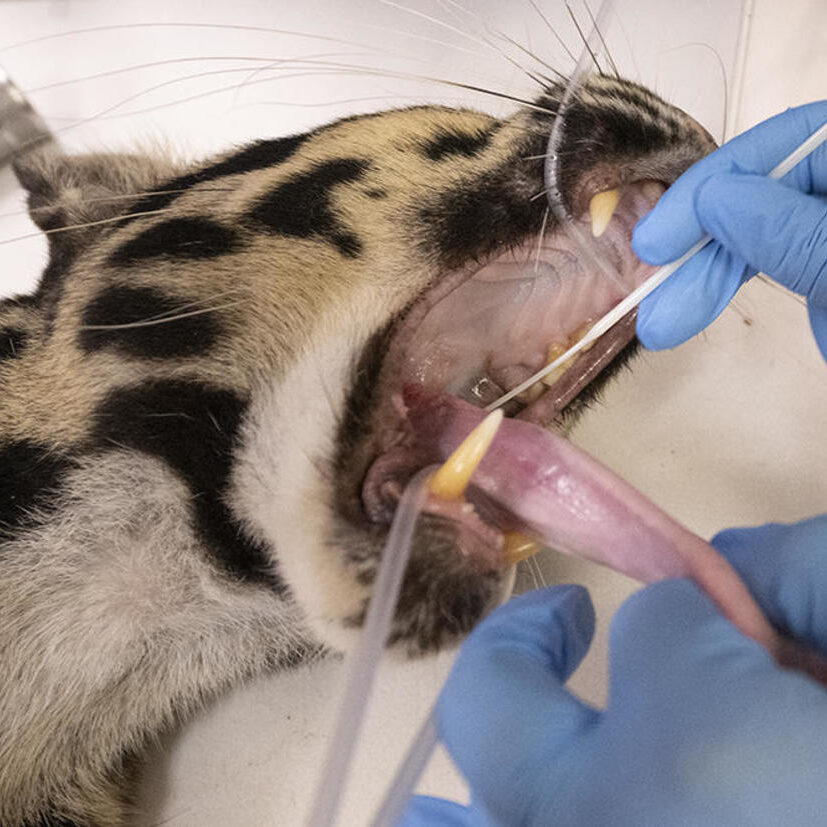 MIAMI – Zoo Miami’s 11-year-old female endangered clouded leopard, “Serai,” recently underwent a series of exams in an effort to diagnose what may be causing an ongoing issues with vomiting.

The zoo’s Animal Health Team performed an ultrasound and an endoscopy where several biopsies were taken from the oral cavity, stomach, and small intestine. During the exams, they were able to get a closer look at inflammatory tissue that is likely connected to the vomiting issues.

Though they are waiting for the results from the biopsies and other tests, initial indications are that Serai’s vomiting issues may be the result of a food allergy which is fairly common in cats.

The Animal Health and Animal Science teams will work together to see if they can pinpoint anything that Serai may be allergic to and adjust her diet accordingly.

Other than the inflammatory tissue seen in her mouth and throat, she is in generally good condition.

Clouded Leopards are a very secretive cat found in forests within Southern China, Taiwan, and Malaysia. Adults usually weigh between 30 and 50 pounds. Their diet includes a variety of birds and mammals including monkeys, deer, and porcupines.

Clouded leopards have the longest canine teeth relative to their size of any wild cat. They are highly endangered over most of their range due to hunting for their attractive pelts which have ceremonial value in a variety of cultures.