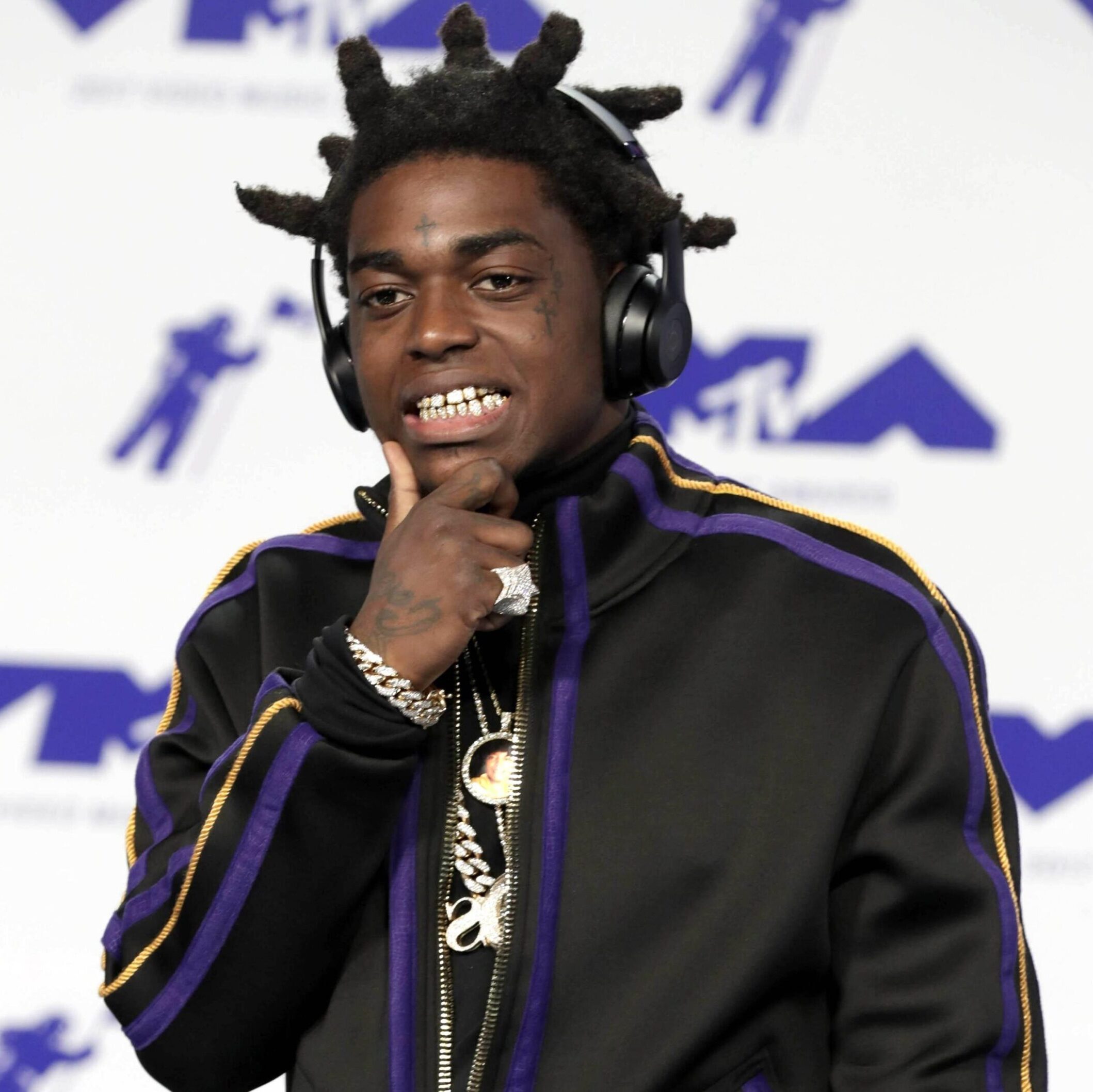 It seems even a presidential pardon can’t keep a man on the straight and narrow.

Last week, rapper Kodak Black (legal name Bill Kahan Kapri) was arrested yet again in South Florida, this time on drug charges. State troopers pulled him over on Friday in Broward County and found a clear bag in his Dodge Durango that allegedly contained 31 oxycodone tablets and $75,000 in cash.

He was arrested and charged with trafficking and possession of a controlled substance and released after posting a $75,000 bond, proving once again that “Pimpin Ain’t Eazy” and we can never predict Kodak’s next move (other than the likelihood that law enforcement will be involved).

The arrest came 18 months after Kodak was pardoned by then-President Donald Trump, sparing him from doing more time in Miami’s Federal Detention Center for using false personal information to purchase a gun from a Hialeah arms dealer.

If the repeat-offending rapper’s latest collar has many feeling a sense of déjà vu, a trip down memory lane reveals that Miami is a hotspot for celebs running afoul of Johnny Law. So, for those who enjoy a good dose of schadenfreude, here’s an alphabetical list of five luminaries other than Kodak Black who were arrested in Miami.

Topping our list is the young artist everybody loves to hate: Justin Bieber.

Bieber was arrested in Miami Beach in January of 2014 on a slew of charges, including driving under the influence, resisting arrest, and driving without a valid license.

The bust came when Bieber was 19, amid a period when the Canadian crooner made news for antics like peeing in a bucket in the food-prep area of a New York restaurant. The Biebs has since mellowed, going so far as to apologize online on the seventh anniversary of his Miami Beach arrest and reflecting on his issues with anger and his predilection for leather. 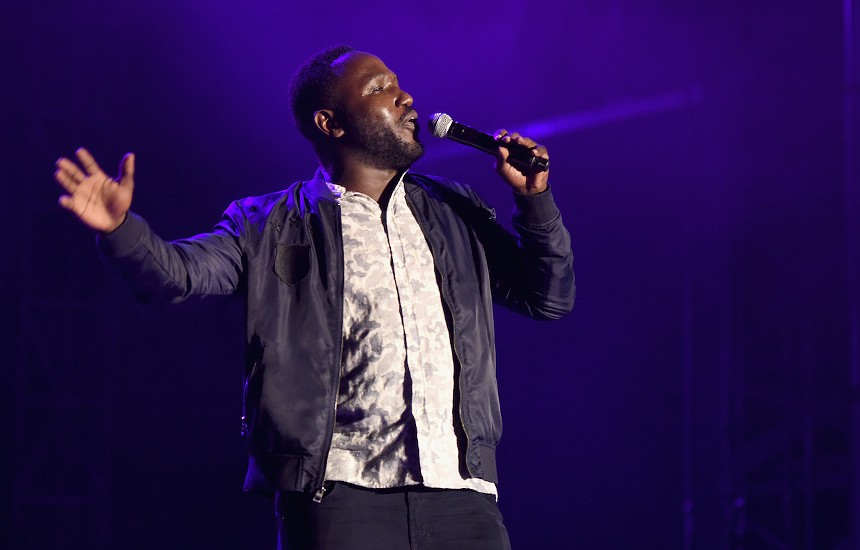 Comedian and actor Hannibal Buress may be known for wild and violent hijinks on the set of Adult Swim’s Eric Andre Show, but his 2017 arrest in Wynwood had little to do with misconduct on his part.

Buress was arrested on disorderly intoxication charges after leaving Gramps Bar. A City of Miami police officer claimed Buress was drunk and acting belligerent and refused to leave the bar when told to, but body-worn camera footage showed the comedian merely cracking wise and asking the officer to summon him an Uber. Nevertheless, the cop proceeded to place Buress in handcuffs.

Charges against Buress were later dropped, and he’s now suing the City of Miami and the Miami Police Department in federal court for false arrest. 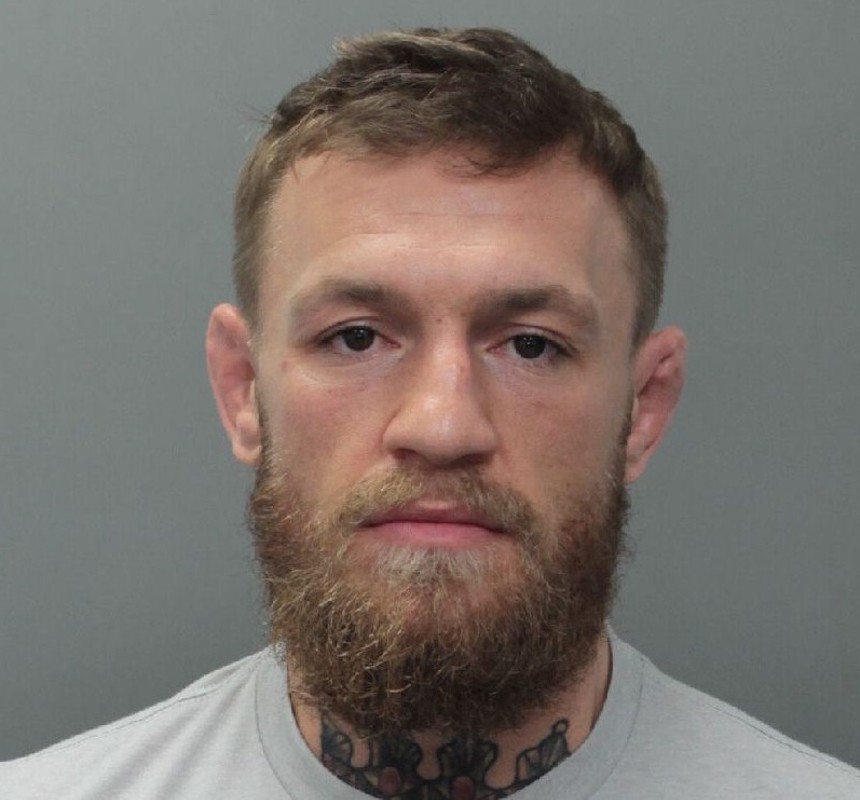 Mixed martial arts fighter Conor McGregor might think he has to apologize to absolutely nobody, but there might be one or two fans on Miami Beach who’d beg to differ.

In March of 2019, the Ultimate Fighting Championship star was arrested at the Fontainebleau Miami Beach after allegedly smashing a fan’s cell phone and trying to walk away with the shards.

The fan was purportedly attempting to snap a photo of the star, prompting McGregor to smack it out of the man’s hands and stomp it to pieces. McGregor was arrested and charged with two felony counts of strong-arm robbery and criminal mischief.

It seems that strong arm of his isn’t just for punching.

Jim Morrison: Did he or didn’t he?
Photo courtesy of the Dana Agency

One of Miami’s most infamous celebrity arrests goes down in history not for the star status of its subject but for the half-century-old burning question: Did it really happen?

In March of 1969, Jim Morrison, frontman of the rock band the Doors, was arrested and taken into custody after a concert at the since-demolished Dinner Key Auditorium, not far from present-day Miami City Hall.

The wrinkle: Eyewitnesses couldn’t agree whether Morrison actually exposed himself. Some swore he did, others said he didn’t, still others said it was a wardrobe malfunction that got blown out of proportion.

Regardless of the truth of that day, Morrison never got to see the end of the fight against two misdemeanor indecency charges in Miami, as he died two years later in the bathtub of a rented apartment in Paris. He was 27.

Nearly four decades after his death, at the request of then-Florida Gov. Charlie Crist, Morrison received a pardon from a Florida clemency board. 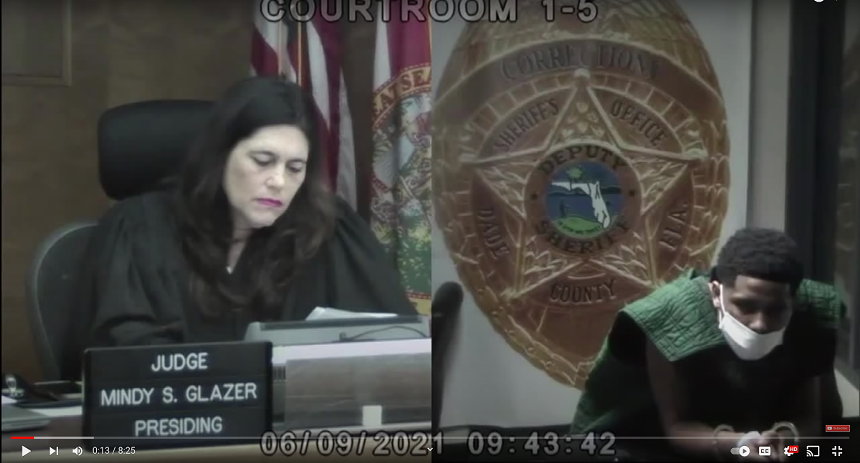 Memphis-based rapper Pooh Shiesty, known for hits like 2021’s “Neighbors” (if not his yellow bear-reminiscent name), was arrested in Miami last year after a shooting at the King of Diamonds strip club.

On May 30, 2021, prosecutors allege, Pooh Shiesty (legal name Lontrell Williams, Jr.), pulled out a gun and fired after someone knocked cash out of his pocket, causing a guard at the strip club to get shot in the ankle.

Though it was this incident that led to his arrest, federal prosecutors went on to allege a series of violent incidents in the Magic City and elsewhere, including an armed robbery in Bay Harbor Islands during a drug deal in October of 2020.

Williams, now 22, pleaded guilty to one count of conspiracy to possess a firearm in furtherance of violent and drug-trafficking crimes earlier this year and was sentenced to five years and three months in federal prison.