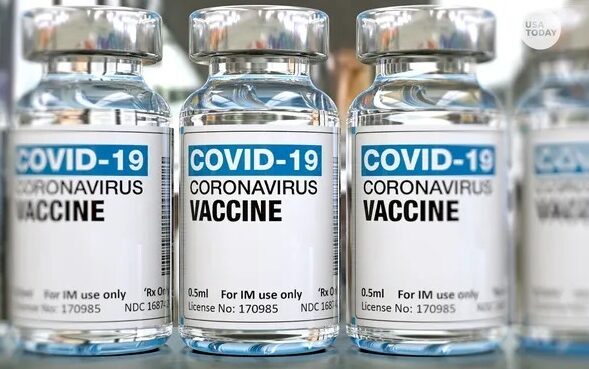 With nearly 180,000 COVID-19 vaccine doses slated to head this way, Gov. Ron DeSantis acknowledged on Friday that the amount coming to Florida is less than what he initially anticipated.

Nevertheless, the governor expressed optimism as he explained the state’s plan to distribute the first round of vaccines to front-line workers at five hospitals across the state and to long-term care facility residents and staff.

It was not clear whether the smaller-than-anticipated vaccine amount will prevent the state from being able to vaccinate all long-term care residents against COVID-19 by the end of the year, as DeSantis had said earlier this week. DeSantis’ office didn’t immediately comment.

“These next six to eight weeks, if we can get the nursing homes, first-line health care (workers) and then start getting it out to the broader senior population, man that is going to make such a big difference,” DeSantis told reporters during an appearance in Tampa.

DeSantis said he thought the U.S. Department of Health and Human Services, which signed an agreement with Pfizer Inc., would allocate vaccines based on states’ so-called at-risk populations. Instead, DeSantis said the federal government “basically did it on a population basis.”

“We should be optimistic about what could be coming down the pike here. Look, if I could get double, I would get double. I thought that because we have more elderly population, it should not just be population, but it should be underlying demographics,” the governor said, adding that he was “going to fight for as much as we can get.”

Federal emergency use authorization of Pfizer’s COVID-19 vaccine appeared imminent Friday. During an “Operation Warp Speed Summit” on Tuesday in Washington, D.C., Trump administration officials said the drug would be shipped to states within 24 hours of approval.

DeSantis said Thursday that a total of 179,400 Pfizer vaccine doses will be coming to Florida. Of that amount, 81,900 doses will be sent to CVS and Walgreens, and the Florida Department of Health to vaccinate seniors and staff at long term care facilities, which include nursing homes and assisted living facilities. The Department of Health plans to deploy teams to long-term care facilities in Broward and Pinellas counties, where facilities have had a combined total of more than 1,100 COVID-19 deaths.

The other 97,500 doses will be sent to Jackson Memorial Hospital in Miami, AdventHealth in Orlando, Tampa General Hospital, the Memorial Healthcare System in Broward County, and University of Florida Health Jacksonville to vaccinate frontline health workers.

Twice this week, DeSantis noted that the hospitals also will work to get vaccines to other nearby hospitals for their front-line workers.

”I know that Tampa General is working with folks in Southwest Florida, like Lee Memorial.” DeSantis said Friday, referring to the health system in Lee County.

Additionally, DeSantis has said hospitals will help in the state’s efforts to vaccinate the broader population once vaccines become more widely available.

Tampa General Hospital issued a statement Friday saying that after it vaccinates its workers and “if the vaccine supply received allows for it,” the hospital will supply nearby hospitals for front-line workers.

Florida was supposed to submit its final COVID 19 vaccination distribution plan to the federal government last week. The News Service of Florida has made repeated requests for the public record but has not received a response.

Tampa General Hospital made clear in its statement Friday that vaccines most likely won’t be made available to the general public until spring.

“Eventually, Tampa General will support 21 locations in the community to serve as general immunization sites. The timeline for this stage of availability is not known at this point but Tampa General is committed to keeping the community informed,” the statement said.

(©2020 CBS Local Media. All rights reserved. This material may not be published, broadcast, rewritten, or redistributed. The News Service of Florida’s Christine Sexton
contributed to this report.)