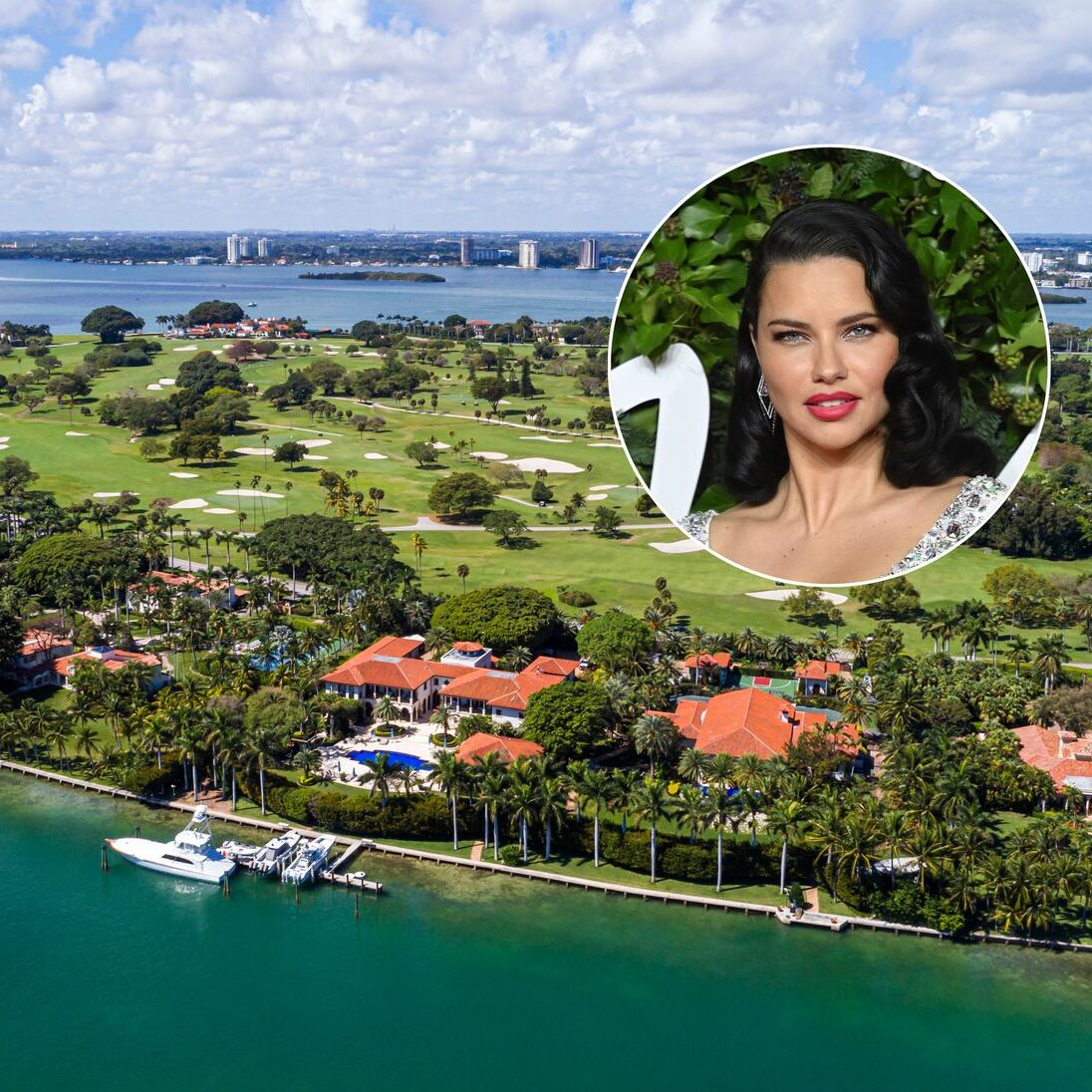 Supermodel and Victoria’s Secret Angel Adriana Lima has turned a major profit on the quiet sale of her waterfront Florida estate.

Ms. Lima, 40, raked in $40 million for the home, which is one of the limited number of residences on the ultra-exclusive Indian Creek Island, a private 300-acre island with its own golf course in Miami’s Biscayne Bay.

Other homeowners on the upmarket island—dubbed “America’s Billionaire Bunker” due to its concentration of wealthy and big-name residents—include Tom Brady and Gisele Bündchen, and Jared Kushner and Ivanka Trump.

The buyer of the mansion, and the latest addition to the tony enclave, is a British Virgin Islands company called Melep International Ltd., according to property records dated Friday.

Information on the Regency-style residence is scarce, given the off-market nature of the sale.

The single-story home stands on a nearly 2-acre lot with 200 feet of water frontage. In 2020, Ms. Lima completed an interior remodeling of the home, built in 1958, according to The Real Deal, which first reported the sale.

Ms. Lima and her ex-husband, former professional basketball player Marko Jaric, paid $9 million for the home in 2010, using a trust, property records show. It was a steal at the time, changing hands for roughly 30% below its original asking price, according to The Wall Street Journal, which covered their purchase.

They bought the property from the estate of Chicago businessman Arthur Appleton, whose wife was the late Martha O’Driscoll, a Hollywood starlet from the 1930s and ’40s.

Ms. Lima was a Victoria’s Secret Angel from 1999 to 2018 and ranked as the company’s “most valuable” angel in 2017. A representative for the model didn’t immediately respond to a request for comment.

Man in coma after shooting during armed robbery in Miami Beach, suspect at large