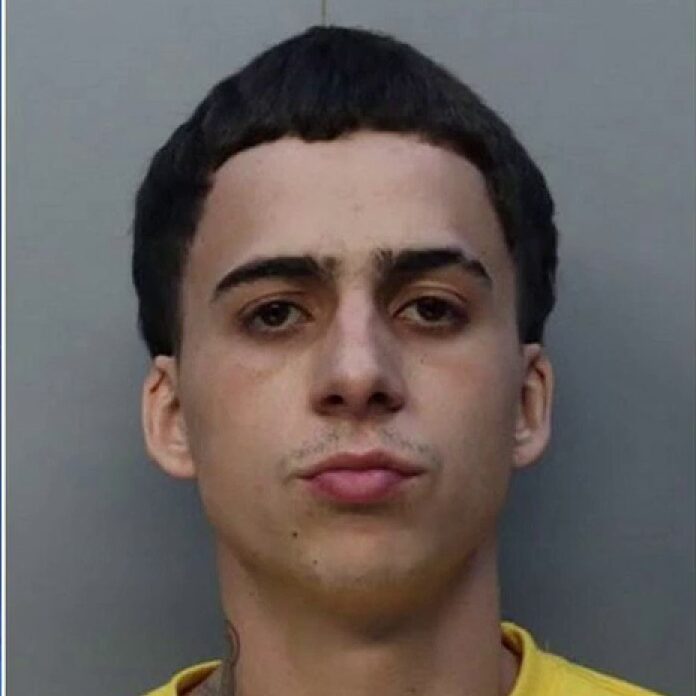 MIAMI – A 21-year-old man and a 14-year-old girl were arrested Thursday in connection with an armed home invasion in the City of Miami that occurred last week.

According to their arrest reports, the teen met the victim about a month ago at a bar and spent the night at his home.

Miami police said the teen then communicated with the victim via Instagram on Jan. 12 and she went over to his home shortly before 1 a.m.

Police said the teen waited for the victim to fall asleep before letting in Javier Antonio Pulido and another unidentified man.

The victim told police that he woke up to find Pulido and the other man ransacking his bedroom.

Pulido then pointed a gun with an attached laser at him and said, “Don’t move. I will shoot you,” the arrest report stated.

Police said the two men stole the victim’s jewelry, cash and gray French bulldog before tying up the victim with duct tape and fleeing the apartment with the teen.

According to the arrest reports, surveillance video from the apartment building shows the teen arriving and leaving with the men in a silver BMW 320i. The video also clearly shows Pulido’s face as he pulled down his mask while taking the victim’s dog, authorities said.

Police said they tracked down Pulido and the teen Thursday at a hotel and a search of their room revealed a firearm with a laser, over 1,200 grams of suspected methamphetamine, $4,904 in cash and the victim’s dog.

Another $6,466 in cash was found in Pulido’s wallet, police said.

According to his arrest report, Pulido gave a full confession to detectives. Police said the teen also confessed to the robbery.

Anyone with information about the third person involved in the home invasion is asked to call Miami-Dade Crime Stoppers at 305-471-8477.

Parents sue after death of teen from Florida drop-tower ride