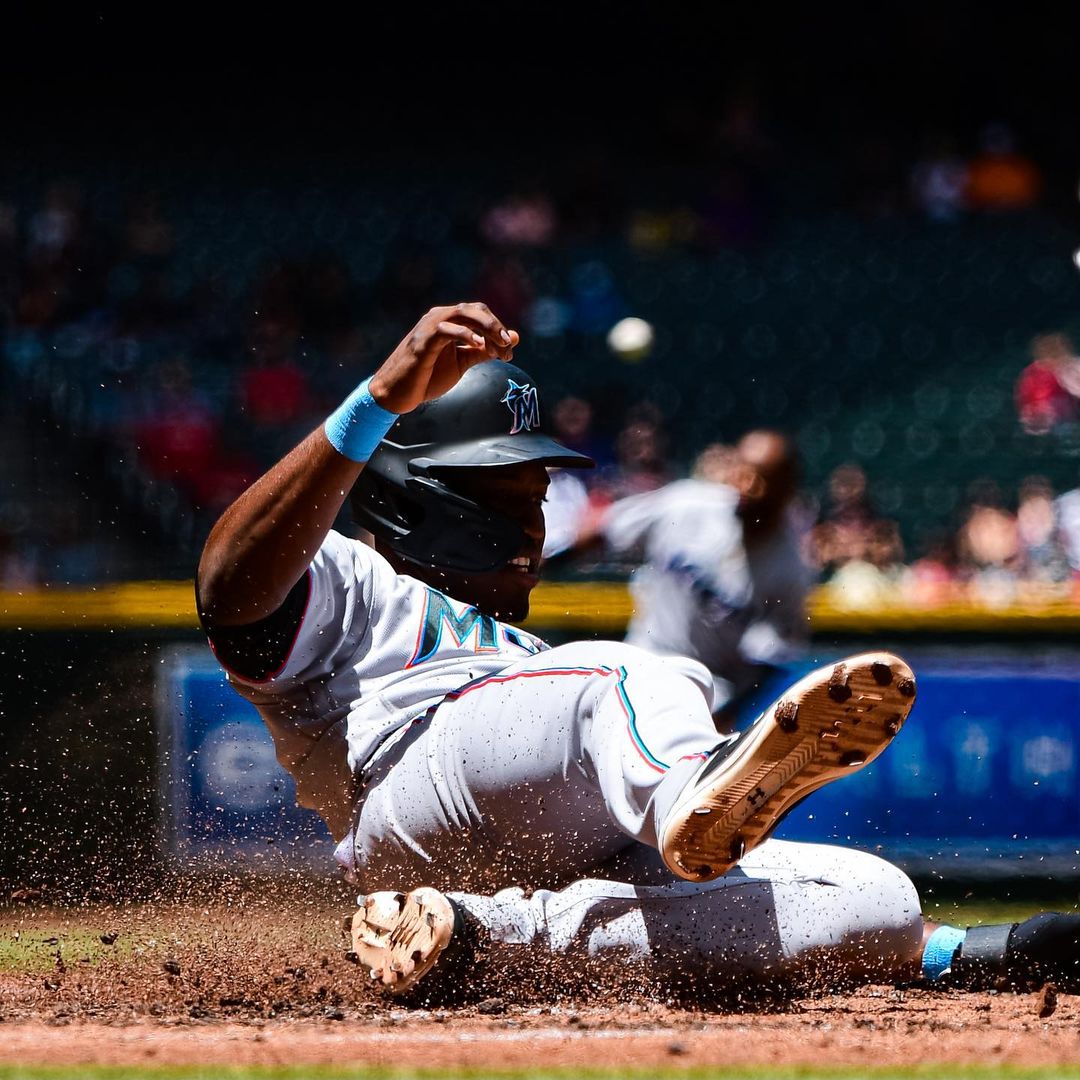 MIAMI – Jacob Stallings hit a go-ahead single in the ninth, Jazz Chisholm Jr. followed with a three-run homer and the Miami Marlins used an eight-run final inning to beat the Arizona Diamondbacks 11-3 on Wednesday.

Miami controlled most of the game until the eighth when pinch hitter Jordan Luplow connected for a tying two-run homer against Marlins reliever Steven Okert.

Stallings came into the game hitting just .183 but came up big in the ninth, hitting a single that put the Marlins back in front.

Chisholm then drove a low pitch out to left-center, barely clearing the wall for a three-run blast that pushed Miami’s lead to 7-3.

It has been a rough stretch for Melancon (0-4), the veteran closer who signed a $14 million, two-year deal with the Diamondbacks during the offseason. He has surrendered eight runs over his last three outings.

Avisaíl García capped the ninth with another three-run shot off J.B. Wendelken.

It was García’s second at-bat of the inning — he started the rally with a walk.

Joey Wendle got the Marlins on the board in the first with a two-run shot down the right-field line that landed in the visitor’s bullpen.

Miami tacked on another run in the second on an RBI single from Stallings.

Luplow’s homer denied a win for Marlins starter Sandy Alcantara, who permitted one run and two hits over seven innings.

D-backs rookie Alek Thomas hit his first career homer in the third, a solo shot over the 413-foot sign in the center, but that was the team’s only hit until the seventh.

The Marlins avoided a three-game sweep and won for just the second time in their past 11 games.

The D-backs had their three-game winning streak snapped.

The right-hander has been one of baseball’s best pitchers through the first five weeks of the season with a 1.22 ERA, but he struggled in his first two innings.

D-backs designated hitter Seth Beer snapped an 0-for-37 streak with a single in the seventh.

Beer got off to a great start this season — hitting a game-winning homer on opening day — but has been in a prolonged funk. It was his first hit since April 22.

Marlins: Return home for a nine-game homestand starting Friday with a three-game series against the Brewers.

Diamondbacks: Open a three-game series against the Cubs on Friday. RHP Zach Davies (1-1, 3.34 ERA) will be on the mound for the first game.

Marlins Throw Out 2 Runners At Plate In 4th, Beat Nats 5-2

Pressure On Panthers, Down 2-1 Going Into Game 4