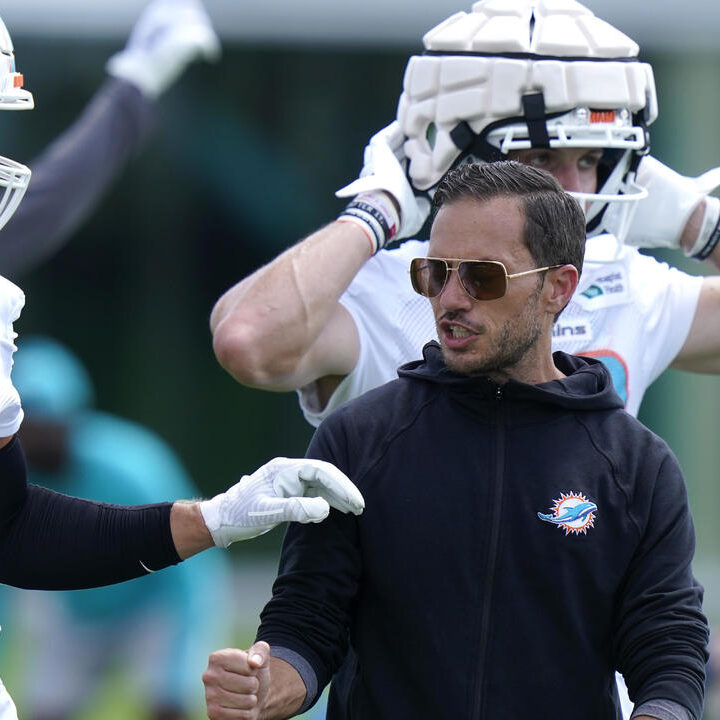 And then things got even more strange, with Miami firing Brian Flores after three seasons, Flores filing suit against the Dolphins and the NFL alleging discriminatory practices, and Miami bringing in Mike McDaniel to coach going forward.

CAMP NEEDS: McDaniel is bringing a new way of thinking and a new style of offense to the Dolphins, and the most distinct change will be in the way the offensive line handles its business.

The Dolphins went all-in this offseason by bringing big-time talent like Hill in to help the offense and are banking that the defense led by CB Xavien Howard will remain positive.

KEY CAMP COMPETITIONS: The running back spot is going to have much of the camp intrigue.

The Dolphins didn’t have a game breaker there last season, and Edmonds likely is the frontrunner to be the go-to guy entering camp, but Mostert will be part of McDaniel’s schemes if healthy.

Michel is proven as well and returning to his native South Florida could provide him with even more incentive to perform.

EXPECTATIONS: Tagovailoa will be expected to be a star, especially with players such as Hill around him.

Camp will be critical for Tagovailoa, who will start — and has been remarkably accurate — yet still hears plenty of criticism about his play.

Finding a running back will be another top task.

If nothing else, it’ll be a fun camp.