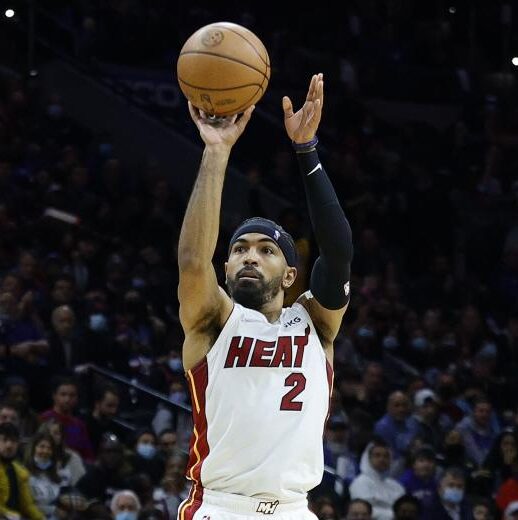 The Miami Heat’s NBA game against the San Antonio Spurs scheduled for Wednesday was postponed as Covid concerns and injuries left Miami without the minimum eight available players.

The Heat were already missing Bam Adebayo with a thumb injury as well as the injured Dewayne Dedmon, Markieff Morris and Victor Oladipo, and the Heat said Wednesday that Jimmy Butler was unavailable with a sprained right ankle suffered late in a 119-112 victory on Tuesday over the Washington Wizards.

In all the Heat had a dozen players unavailable, and their emergency 10-day signings of Kyle Guy and Aric Holman didn’t adequately cover the void.

The Heat had planned to add Holman in part because he was within driving distance of Wednesday’s game as a member of the Spurs’ developmental G League affiliate in Austin, Texas.

The South Florida Sun Sentinel reported that Vincent took a rapid Covid test after Tuesday night’s game and remained behind when the result was positive. Tucker — who was expected back after missing four games through injury — and Cheatham traveled with the team to San Antonio, where they were in isolation.

“I’ve said it before, there’s not a playbook that you can refer to on this,” Heat coach Erik Spoelstra said Tuesday. “It is a little bit different than last year and it’s different than the year before. But that’s just where we are right now.

“The most important thing is can we keep everybody healthy, everybody safe.”

NBA’s Hassan Whiteside lists Miami home for $23M, triple what he paid for it