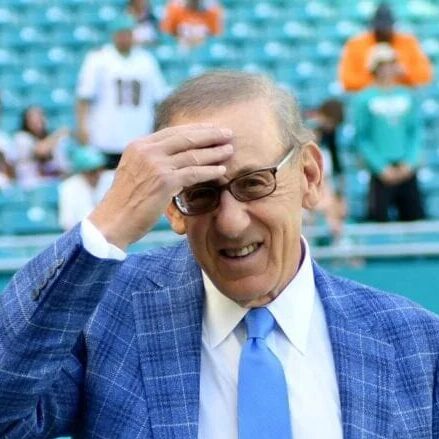 MIAMI – The National Football League is disciplining the Miami Dolphins after an investigation found they violated policies relating to the integrity of the game.

A six-month investigation, that covered events from 2019-2022, looked at allegations by former head coach Brian Flores that the team violated League rules that prohibit tampering with a player and a coach under contract to other clubs.

The investigation also looked at whether the team intentionally lost games to improve the club’s position in the 2020 draft and whether Chairman and Managing General Partner Mr. Stephen Ross offered Flores financial incentives to lose games.

According to the NFL, “the investigation conclusively established violations of the Anti-Tampering Policy on three separate occasions.”

In 2019, the Dolphins had “impermissible communications” with quarterback Tom Brady in 2019-20, while he was under contract to the New England Patriots. The investigation found those communications began as early as August 2019 and continued throughout the 2019 season and post-season. The communications were conducted by Bruce Beal, the Dolphins’ Vice Chairman/Limited Partner, who in turn kept Ross and other Dolphins executives informed about the discussions with Brady.

The investigation also found that during and after the 2021 season, the Dolphins again had “impermissible communications” with both Brady and his agent, while he was under contract to the Tampa Bay Buccaneers. Those discussions reportedly focused on Brady becoming a limited partner in the Dolphins and possibly serving as a football executive, “although at times they also included the possibility of his playing for the Dolphins.”

In January 2022, the Dolphins had “impermissible communications” with Don Yee, the agent for New Orleans Saints’ head coach Sean Payton, about having him become Miami’s head coach.

“Miami did not seek consent from New Orleans to have these discussions, which occurred before Coach Payton announced his decision to retire as head coach of the Saints,” according to the NFL.

“The investigators found tampering violations of unprecedented scope and severity,” Commissioner Goodell said. “I know of no prior instance of a team violating the prohibition on tampering with both a head coach and star player, to the potential detriment of multiple other clubs, over a period of several years. Similarly, I know of no prior instance in which ownership was so directly involved in the violations.”

As for tanking to improve their draft position or Ross offering Flores financial incentives to lose, the investigation did not find any violations.

“The Dolphins did not intentionally lose games during the 2019 season. Nor did anyone at the club, including Mr. Ross, instruct Coach Flores to do so. No witness contended otherwise. The Dolphins competed hard to win every game, including at the end of the season when they beat Cincinnati and New England, despite worsening Miami’s position in the 2020 draft,” according the NFL statement.

The investigation found on a number of occasions during the 2019 season, Ross did express his belief that the Dolphins’ position in the upcoming 2020 draft should take priority over the team’s win-loss record. These comments were made most frequently to team executives including Team President Tom Garfinkel.

“These comments, which he took to be suggestions that he lose games, troubled Coach Flores and led him to express his concerns in writing to senior club executives, each of whom assured Coach Flores that everyone, including Mr. Ross, supported him in building a winning culture in Miami. After this, Mr. Ross no longer made any such comments to Coach Flores.”

As for Flores’ claim that Ross offered him $100,000 to lose games, the investigation found differing recollections about the wording, timing, and context.

“However phrased, such a comment was not intended or taken to be a serious offer, nor was the subject pursued in any respect by Mr. Ross or anyone else at the club,” according to the NFL statement.

Based on the investigation’s findings, the NFL made the following disciplinary measures.

Ross has been suspended through October 17, 2022. During this period, he may not be present at the Dolphins’ facility and may not represent the club at any team or NFL event. He may not attend any League meeting prior to the Annual Meeting in 2023, is removed from all League committees indefinitely, and will be fined $1.5 million.