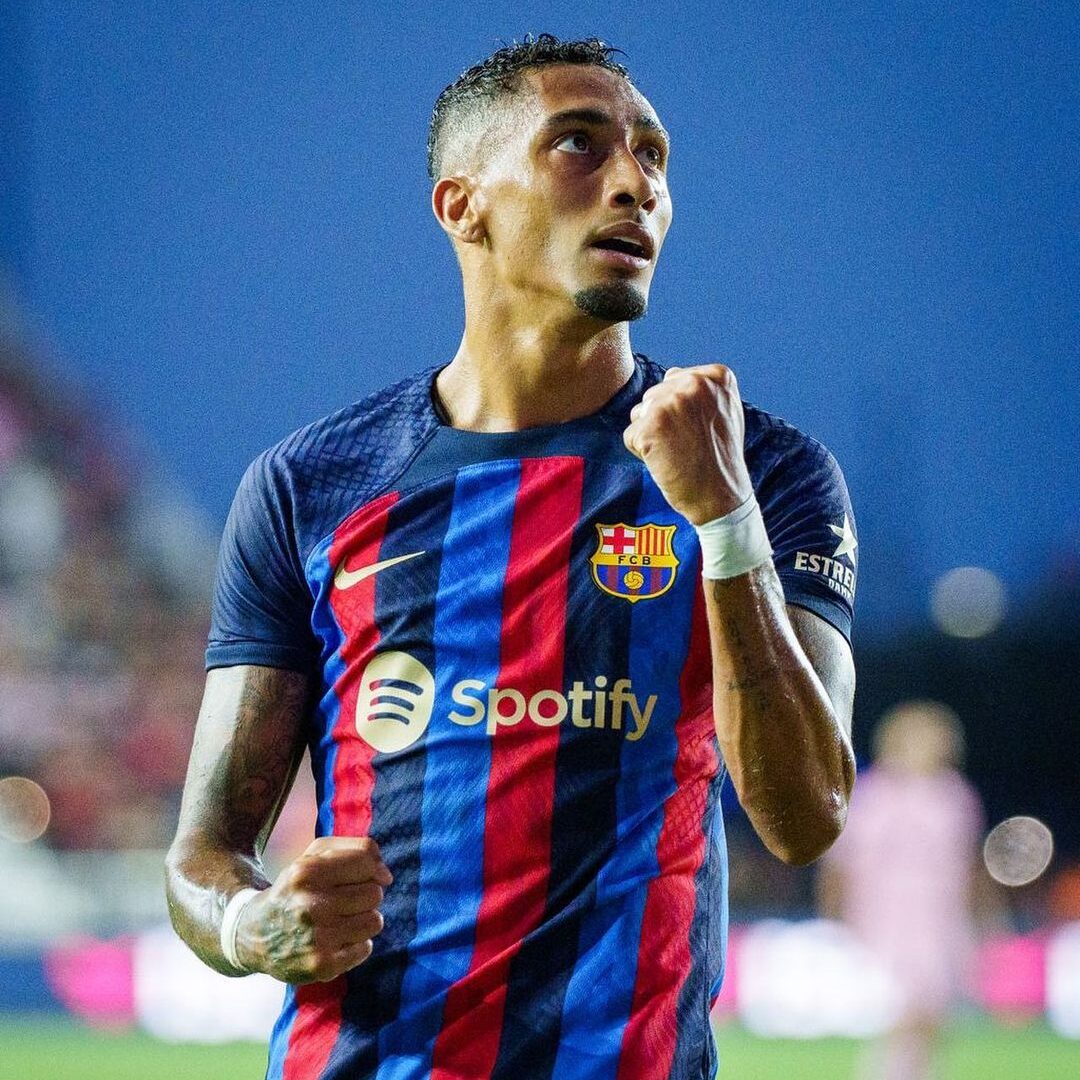 Barcelona battered MLS side Inter Miami CF 6-0 in a preseason friendly in Fort Lauderdale, Florida, on Tuesday, with new signing Raphinha among the six different scorers for the Catalans.

Pierre-Emerick Aubameyang, Ansu Fati, Gavi, Memphis Depay and Ousmane Dembele also scored in the one-sided affair as the LaLiga giants kicked off their preseason tour of the United States.

Raphinha – who signed for 58 million euros from Leeds United earlier this month – first assisted Aubameyang, who opened the scoring in 19th minute, and then extended the lead himself six minutes later with a nice left foot first touch strike.

Spanish teenage sensation Ansu Fati, who is slowly working his way back into form after a long layoff after a series of injuries, scored Barca’s third right before halftime with another pass from Raphinha.

Barca came back to the second half with eleven substitutions but kept dominating and scored three more.

Barca coach Xavi Hernandez was not on the sidelines for the match as he remains in Spain resolving a visa issue ahead of the rest of his team’s tour. His brother and Barca assistant Oscar took his place for the friendly, with Xavi trying to be in the country ahead of Saturday’s preseason Clasico against Real Madrid in Las Vegas.

“I’m very happy to score my first goal and for things having turned out well in my debut. I felt very good. I hope I can continue like this.” Raphinha said after the game.

“Of course I would like to score a goal against Real Madrid on Saturday. Scoring always gives confidence and if you do it against a team like Real Madrid even more so.”

Harvey Neville, the son of Miami coach Phil Neville, and team co-owner David Beckham’s son Romeo both made substitute appearances for the hosts, coming on with the match already well in hand for Barcelona.

After the match against Real Madrid, Barca will face Juventus in Dallas, Texas, on July 23 and another MLS side in the New York Red Bull in Harrison, New Jersey, on July 26.

They’ll return home to play the Joan Gamper Trophy match against Liga MX club Pumas UNAM on Aug. 7, and begin their 2022-23 LaLiga campaign on Aug. 13 at the Camp Nou versus Rayo Vallecano.

In other Barcelona news, the club announced on Tuesday they’d completed the signing of Robert Lewandowski from Bayern Munich, with the Poland international expected to be presented on Wednesday.