Skip to content
Sharks spotted near Florida shore as sightings continue: ‘Get out of the water!’ 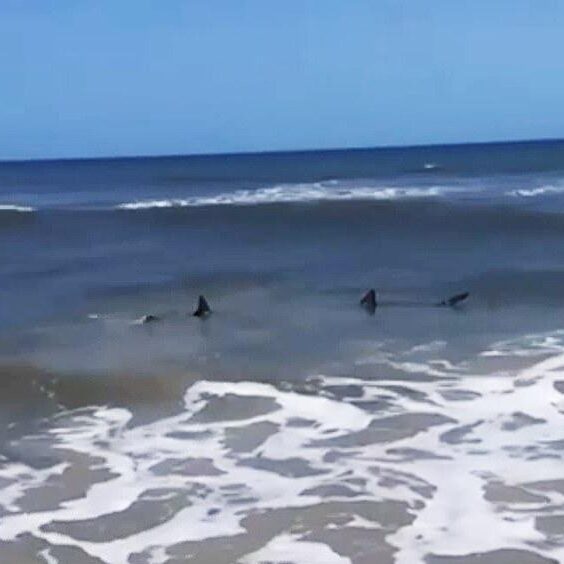 Beachgoers in Florida spotted sharks swimming in shallow waters close to shore over the weekend as shark sightings continue up and down the East Coast this summer.

The video was shared online by Kara Skonieczny, who said she recorded the “excitement” of sharks feeding on baitfish Saturday afternoon at Neptune Beach in Jacksonville.

As at least two sharks are seen splashing in the waves close to shore, a person off camera can be heard yelling, “Get out of the water!” It was unclear what type of shark is seen in the video.

The sighting came on the same day that a swimmer reportedly suffered a shark bite at another beach in Jacksonville.

Witnesses told WJXT-TV that there was a lot of blood in the waters off Jacksonville Beach and saw a 6- to 7-foot shadow swimming nearby. While lifeguards said it could have been a shark, officials could not immediately confirm a shark was what injured the man because they didn’t see any sharks in the water.

Frequent shark sightings along the East Coast this summer have closed some beaches.

Experts say cleaner oceans, warmer waters and a resurgence of the bunker fish that sharks feed on are among the reasons for the growing shark population.

However, they say the risk of shark attacks remains very low.